Dear support team-
we'd like to install gromacs to run some molecular dynamics simulations (we have an account and a open project on the cluster).
the version installed via conda seems to not be optimal for use on the cluster. Can we compile gromacs in other ways?
thanks

Dear support Team-
The current installation of gromacs was compiled using threads-mpi
protocol, which is typically meant for multi-core workstations and does
not handle parralelisation of jobs across multiple nodes (our application
requires running jobs on ~3-6 nodes). Is it possible to install an MPI
library and compile gromacs with it? Gromacs website says "The GROMACS
team recommends OpenMPI version 1.6 (or higher), MPICH version 1.4.1 (or
higher), or your hardware vendor’s MPI installation. "
Thank you very much-
Cyril

Dear support Team-
It seems that the current installation of gromacs you provided (!180) was compiled using threads-mpi protocol, which is typically meant for multi-core workstations and does not handle parralelisation of jobs across multiple nodes (our application requires running jobs on ~3-6 nodes). Is it possible to install an MPI library and compile gromacs with it? Gromacs website says "The GROMACS team recommends OpenMPI version 1.6 (or higher), MPICH version 1.4.1 (or higher), or your hardware vendor’s MPI installation. "
Thank you very much-
Cyril

You're right (I saw your previous message: Installation gromacs)

But it's not straight forward to install a version of Gromacs with another MPI library (we use Conda and parameters are predefined).
So it might take some time.

Thanks !
Yes, for now we can only use one nod and get only 10 ns of simulated time per day on a relatively small system (target is ideally 500-1000 ns) so it would really help to be able to parallelise things.

not sure it helps but here some info i could find:
" If you wish to run in parallel on multiple machines across a network, you will need to have

To compile with MPI set your compiler to the normal (non-MPI) compiler and add -DGMX_MPI=on to the cmake options. It is possible to set the compiler to the MPI compiler wrapper but it is neither necessary nor recommended.

The GROMACS team recommends OpenMPI version 1.6 (or higher), MPICH version 1.4.1 (or higher), or your hardware vendor’s MPI installation. The most recent version of either of these is likely to be the best. More specialized networks might depend on accelerations only available in the vendor’s library. LAM-MPI might work, but since it has been deprecated for years, it is not supported.

ALSO: there seems to be openmpi in anaconda:

so installing this as a module could be enough - I could then try to
compile gromacs on my own.

what do you think?
thanks

OpenMPI (4.0.4) installation is in progress: 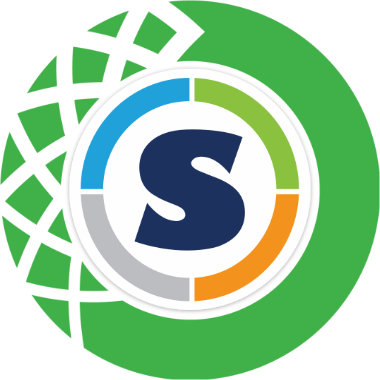 Thanks to @Francois for the review.

Thanks David and Francois.
cheers

We tried compiling gromacs by

this worked and yielded operating gromacs compiled on the head node. We were able to run a sample job on that node with several mpi tasks and it worked.

It failed when submitted on the node:

also trying to log in to the nodes confirmed the suspicion that the architecture of the head node is different from the rest and compiled binary does not work.

We are therefore stuck

If the architecture of all the production nodes is the same, what might work would be to install an openmpi compiler (mpicc and mpixx, both in the openmpi package) on one of the production nodes. Then the compilation of gromacs might be possible on that node and we would just use that binary for all jobs.

If this does not work (or is impossible), here is a link to gromacs installation guide which contains a section on “configuring with CMake”, how to compile on the head node but intended to run on different architecture nodes.

This requires a bit more specific knowledge of cmake and details of the cluster, so most likely only you would be able to do that..

Your help would be greatly appreciated-

I'm puzzled.
I successfully run a job using openmpi/4.0.4 module with mpirun and salloc/sbatch command but I fail with srun.

Could you tell me how you launch your job ?

I also realized that ompenmpi/4.0.4 module doesn't include compiler like mpicc...
I just added them into the module.
The installation is in progress: https://gitlab.com/ifb-elixirfr/cluster/tools/-/merge_requests/213

Much appreciated ! thanks for the note/
here's the script used to launch the job:

Thank you. lets see if it solves the issue.
cheers